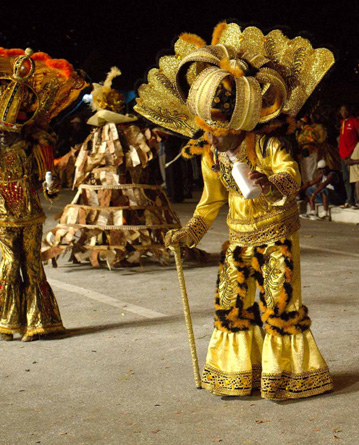 The Fancy Sailor was an off-shoot of the King Sailor. The fancy sailor costume consists of papier-mâché headpieces, decorated and painted to look like birds, animals or plants. The sailor outfit is decorated with ribbons, medals, braiding, swans down and other embellishments to match the headpieces.