Port of Spain, Trinidad, Monday January 23, 2017: The return of a Traditional Mas Parade on Carnival Monday and the relocation of the Kaiso House from the Queen’s Park Savannah to the Globe Cinema in Port of Spain are among a few of the headlining Carnival 2017 changes that NCC Executive Chairman, Kenneth De Silva announced during a press conference at the Commission’s VIP Lounge at the Queen’s Park Savannah on Friday January 20, 2017.

“We are bringing a Carnival Monday representation on traditional mas at the Queen’s Park Savannah and we are asking the conventional bands to give the traditional mas people a window of 9 am to 1 pm,” De Silva said.

He added that the North Stand will be opened free of charge to the public on Carnival Monday to accommodate the Traditional Parade, and complimentary tickets would be given out to several hotels to ensure that guests, local and visitors alike, who may have never seen traditional mas before, have the chance to see it on that day. The North Stand will also be open on Carnival Tuesday, however, there will be an entry fee of $50.

Assuring that all plans and systems have been put in place, including the constructions of the North Stand and the Grand Stand Stage, De Silva shared details on this year’s change of location for Kaiso House.

“There has been a shift from the Savannah for Kaiso House, and the location for Kaiso House now is the former Globe Cinema, located on the corner of Park and St. Vincent Streets. It has a capacity of 800 seats, which is more than what had existed on the tent at the Queen’s Park Savannah. It is air-conditioned and the NCC and staff are doing what is required in terms of getting it ready.”

De Silva also announced changes to the Dimanche Gras format, where instead of 12 calypsonians performing 2 songs each, now 16 calypsonians will perform 1 song each; as well as changes to its Hospitality provisions, where the only areas where food and drinks will be served would be at the President’s, and Prime Minister’s boxes; all other VIP patrons will be required to pay for their food and drink.

Another of the Commission’s announced changes involves the decision to take a more active role in the ticketing of pan and calypso shows.

“While we will be in charge of the ticket revenue collection for these shows, the management of the shows – all pan shows and all calypso shows – will be the responsibility of Pan Trinbago and TUCO, respectively,” said De Silva.

De Silva ended the announcements by sharing the details on some of the returning aspects, including the “Market Strip” – a reserved space for vendors that extends from Jerningham Avenue, Belmont to Cipriani Boulevard – as well as the previous year’s route for the Junior and Senior Parades of the Bands.

“This year, the parade route remains the same as 2016. The judging points at the Queen’s Park Savannah, which is mandatory, and you can choose two others from Victoria Square, Downtown and Piccadilly Greens.”

“We established our Mas Registration Secretariat for the respective competitions. As well as we have opened Media Accreditation Offices. Both at the NCC Queen’s Park Savannah Offices, at the Grand Stand. The offices are open from 9 am to 4 pm,” he added. 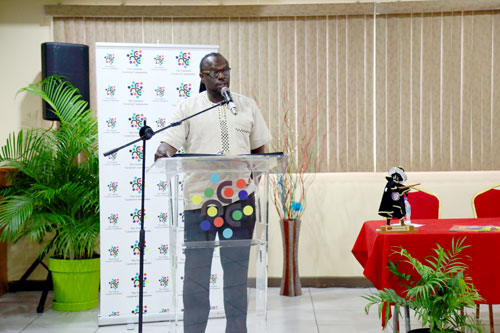 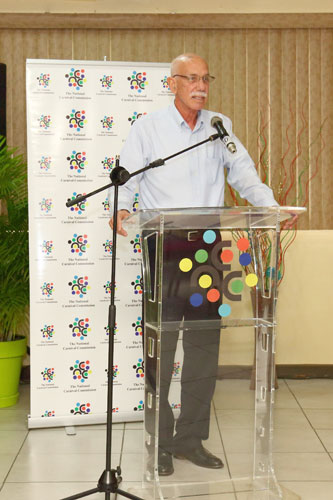 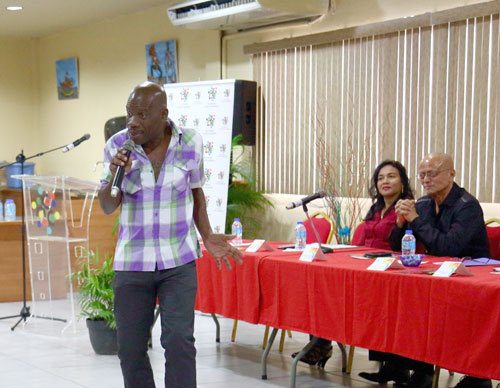