Masimba, in addition to being President of the Trinbago Unified Calypsonians Organisation (TUCO), was also a Commissioner of the NCC Board. In both roles, in which Masimba served for several consecutive terms, he employed his signature energy and insight at every turn in the pursuit of social activism and cultural advocacy, never once shying away from doing all that he could to empower various communities.

A Queen’s Royal College alumnus, Masimba, hailed from East Dry River, Port of Spain, and was widely lauded as an excellent poet, a gifted performer, respected lecturer, and dyed-in-the-wool social activist. Over the course of several decades, he fought for, educated, and empowered many, both inside and outside of Trinidad and Tobago.

During his career, he has represented the Nation as a guest lecturer at several prestigious universities around the world and has performed at hundreds of local, Regional and international music festivals.

His passing comes as a serious blow to many communities here and abroad.

Fondly remembering Masimba’s legacy and invaluable contributions, NCC Chairman, Winston “Gypsy” Peters said, “This is a major loss for all – not just us at the NCC and our colleagues at TUCO, but the entire National and international communities, because we have all just lost one of our tried and true sons.”

“I have personally known Lutalo for at least 3 decades. And in that time, at every turn, it has been an absolute privilege to work with him. To me, he was, and will always be, one of my dearest friends and peers,” he added.

Chief Executive Officer of the NCC, Colin Lucas added his condolences, saying, “Those of us privileged to work with Lutalo will remember him most for his keen and critical insight, and his no nonsense approach to getting things done. Whether it was fighting for the preservation of our cultural and musical traditions, or empowering the calypsonian community, leading the charge from in front, Lutalo has always been there.”

“We have lost another icon of the field, and just like those who have gone before, Lutalo will truly be missed. He may be gone from this life but we know, and have recommitted ourselves to ensuring, that his works, his life, and his legacy will always live on in our hearts,” Lucas said.

In remembering a beloved cultural titan, the NCC extends its deepest condolences to the family and friends of Commissioner Masimba – truly a man ahead of his time and a man of the people and the art form. 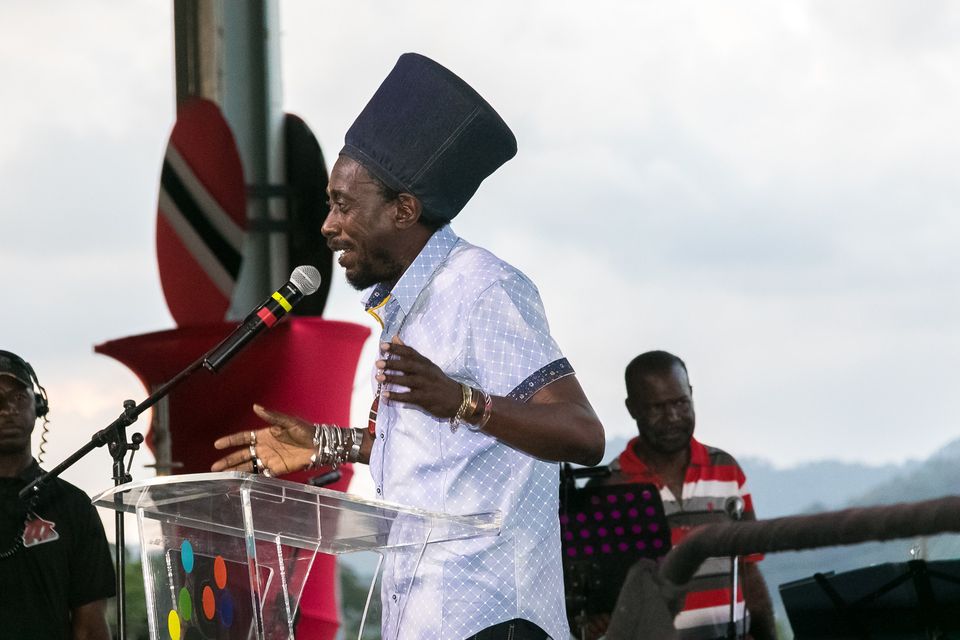