Pamela Gordon can be described as "The Queen of Carnival Queens." She gave us 40 continuous years of regal performances.

Her first portrayal as a Queen of the Bands was in D'Midas Associates 1980 carnival presentation "Journey in Space." Her costume was designed and produced by Stephen Derek.

She captured back to back Queen of Carnival titles in 2005 in a costume designed and made by Follette Eustace "Fly High Sweet Butterfly" and in 2006 with the costume "The Winged Jewel of D'Forest" designed by Dawad Philip.

Pamela played mas not only in Trinidad, but travelled to St. Vincent every year to play big mas there too.

Pamela was a close friend of Mr. Hilton Cox. She was also closely associated with Mr. Wade Madray and designer Ronald Greaves, who was responsible for the last costume she wore on stage in 2020 as well as about three or four others over the years. She was an employee of the Ministry of Finance.

Her humility, reverence and determination will always be remembered. Her graciousness is worthy of honourable mention. She encouraged us to bond in the spirit of Carnival.

Without a shadow of a doubt, we can say that Pamela lived her life for the moment she could put on her costume and cross the Big Stage, and we will miss her presence there. May she Rest in Peace! 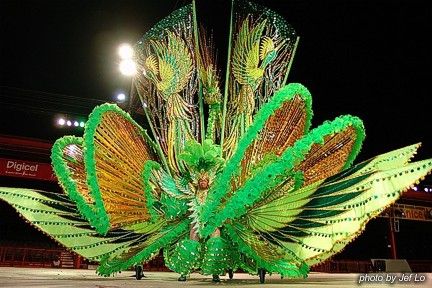