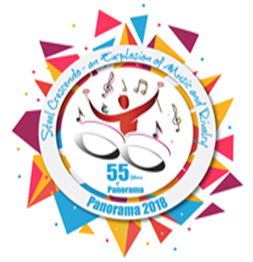 The post-Carnival event featuring some of the winners and champions of the major competitions will be staged by Pan Trinbago & The National Carnival Commission at the Queen’s Park Savannah, Port of Spain, on Saturday 17 February 2018, at 7:00 pm. Tickets are $100. Grand Stand Seating.

Produced by Norvan Fullerton with the theme “Out of the Fires of Canboulay”, the story will be unfolded in six capsules ie  Canboulay, Ignite, Embers, Sparks, Flames, Fire Fire culminating with the Finale.

“Because of that historic moment, the fires of Canboulay burn brightly every Carnival, as we celebrate the defiance, resilience and creativity of our people,” he explained.

In addition, Selwyn “Tarro” Tarradath will be honored for his contribution to the steelband movement. Tarradath was the former Education and Public Relations Officer and one of the original producers along with Alyson Brown MBM of “Champs in Concert”.

This year’s event will feature some of the finest exponents of pan, mas,  calypso and soca chutney on one stage in final blaze of glory.

Headliners are the winners in the various National Panorama categories in both the Junior and Senior competitions.

Tickets will go on sale from Friday 16 February at Cleve’s. Crosby’s St. James, Pan Trinbago Head Office, 14-17 Park Street, Port of Spain, and at the Ticket Booth, Queen’s Park Savannah, on the day of the event.

Champs of Steel Plus, originally called Champs in Concert, has been a fixture in the Carnival calendar since 1980.