Port of Spain, Trinidad, Wednesday, September 19, 2018: The National Carnival Commission of Trinidad and Tobago (NCC) is set to launch the Carnival 2019 season at a free concert on Sunday, September 23 at the Queen’s Park Savannah featuring several popular names in entertainment as well as performances by Panorama champions, Traditional Carnival Characters and Stick Fighters.

The activities kick off opposite Memorial Park, Upper Frederick Street, at 4 pm, following which, there will be short ceremonial parade to the Grand Stand, Queen’s Park Savannah for the concert.

Commenting on the event, NCC Chairman, Winston “Gypsy” Peters said, “We want this launch to be truly representative of the real thing; of what our Carnival means to us and what we ideally want it to mean to the world.”

“That is what this Sunday means to us. In welcoming the nation to the Savannah – Carnival City – on Republic Day eve, we want to put forward that same message of inclusiveness and celebration, of bringing back the festival to Carnival as we continue to showcase it locally, regionally, and internationally,” Peters added. 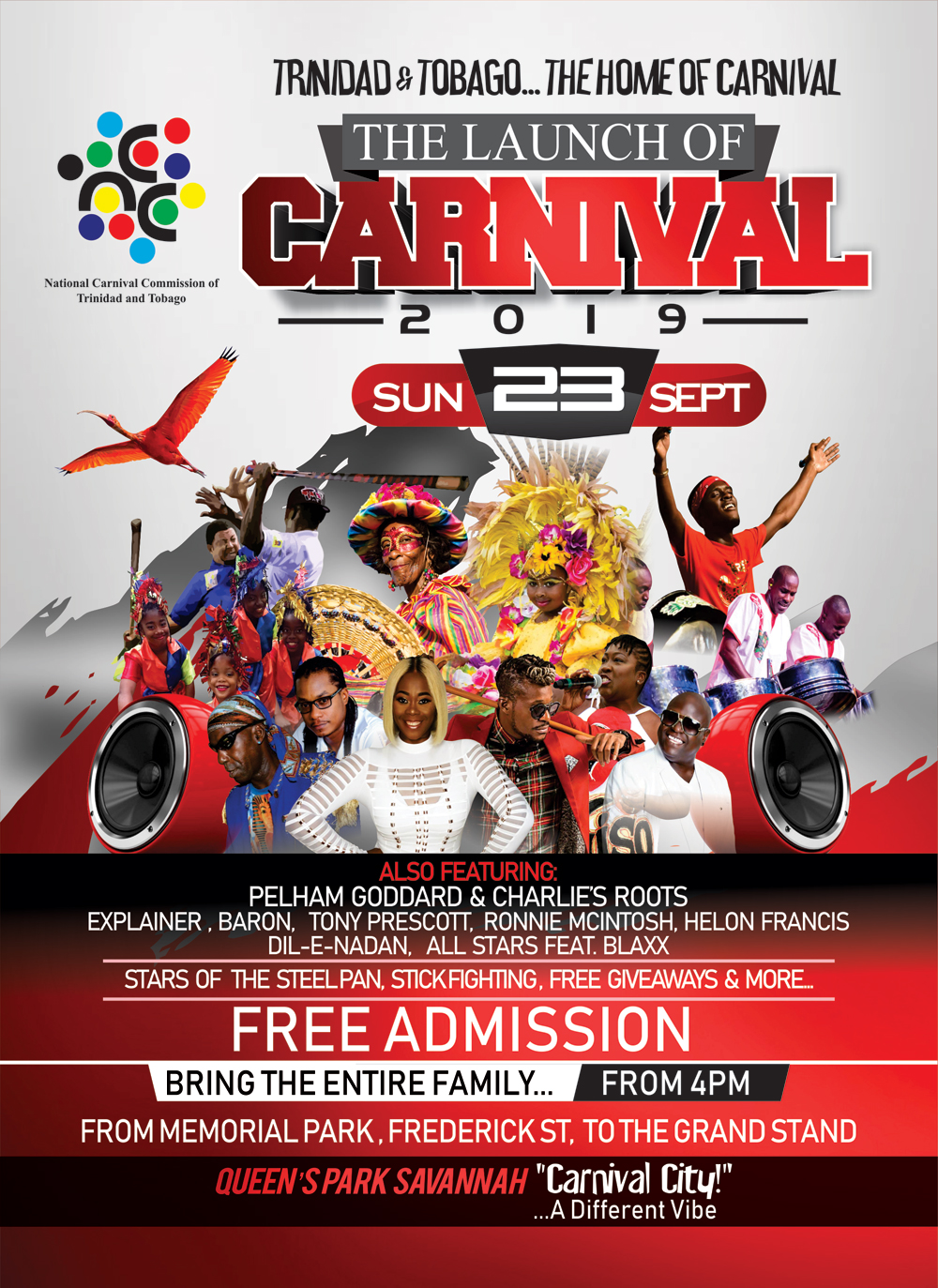