Port of Spain, Trinidad, February 18, 2020: As the Senior Kings and Queens Competition makes its triumphant return to the Dimanche Gras show at Carnival City, Queen’s Park Savannah this Sunday February 23, so too does a familiar face in the form of “King Sailor Mass”, which shares centre stage with the pageantry of the competition.

Brought to life by renowned multiple award-winning Producer and Artistic Director, Davlin Thomas, ‘King Sailor Mass – Many Cultural Voyages, One People” is the visual portrayal of the King Sailor traditional Mas as a metaphor for Trinidad & Tobago as a congregation of voyagers.

Commenting on what audience can expect this year, Thomas said, “The production is grounded on the understanding that the King and Fancy Sailors are endowed with the adequacy to journey the creative imagination and return with messages from that unconscious place.”

“These they physicalise and bear upon their heads and shoulders to present to audiences as manifestations within the Trinidad & Tobago Carnival.  Consistent with this idea, we are going to present a metaphorical magical real window to our own journey as islanders, utilising the motif of the King Sailor as the vessel or voice of the artist,” he added.

Thomas indicated that the Dimanche Gras show is being designed to encompass all the elements that go into making our Carnival what it is and what it is known and beloved for. 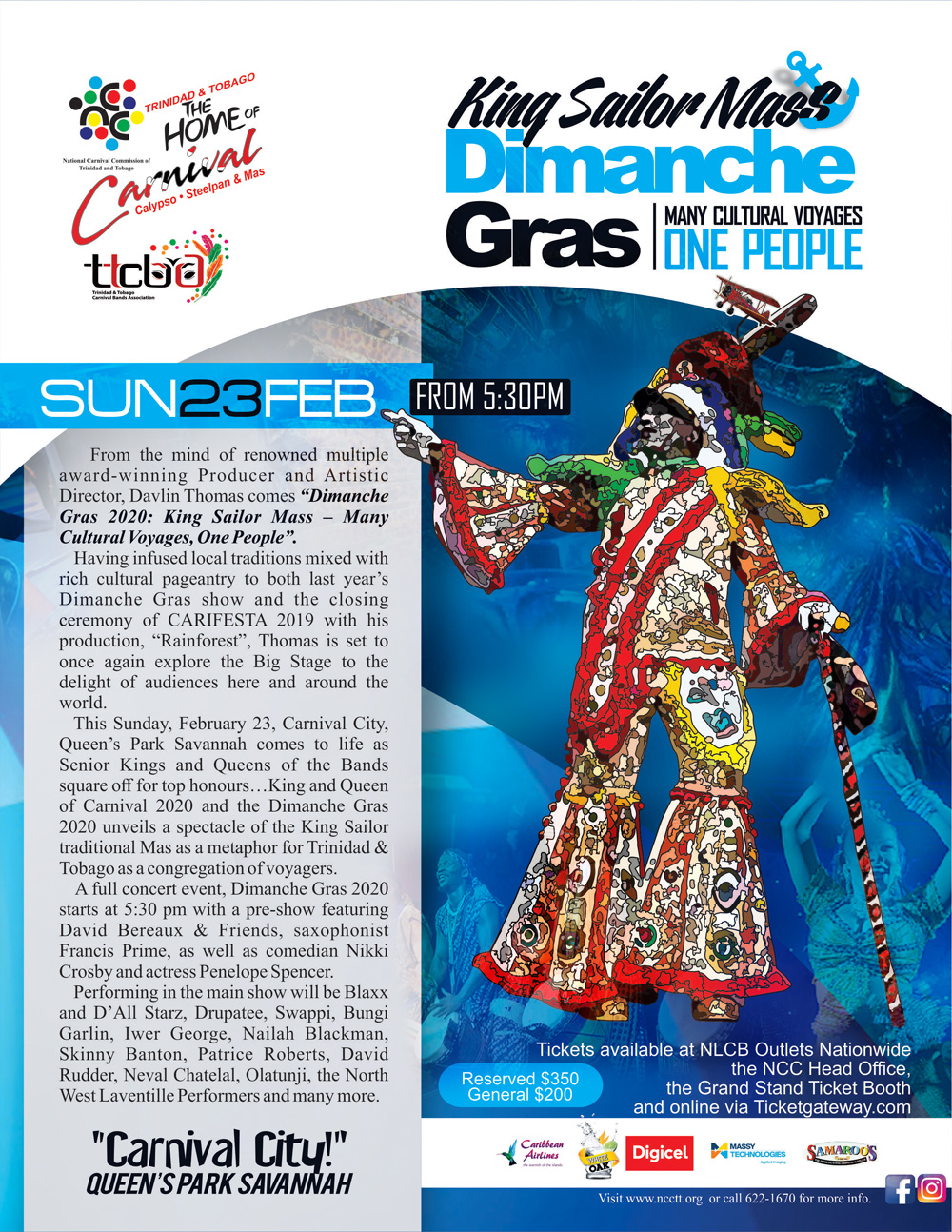