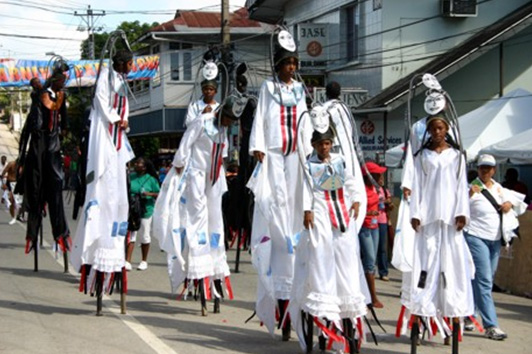 The Moko Jumbie derives its name from West African tradition. The “Moko” is an Orisha (God) of Retribution. The term “Jumbie” was added post-slavery. The Moko Jumbie was regarded as a protector whose towering height made it easier to see evil before ordinary men.

As a masquerade, these characters make long strides balanced on stilts that can be from 10 to 15 feet in height. In the past, the Moko Jumbie was sometimes accompanied by a dwarf in similar costume but without stilts, to accentuate Moko's height. He danced all day through the streets, collecting money on a plate from the people crowded on the second-floor windows and balconies. Often the stilts are painted in stripes or decorated with coloured fabric. The Moko Jumbie is usually dressed in brightly coloured costume that consists of long pants or skirts and a simple shirt. The Moko Jumbie may also wear a hat. 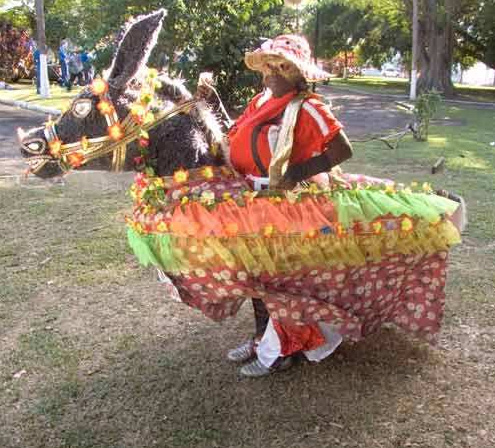 The Burrokeet, which originated from the Spanish word burroquito (little donkey), is designed to look like a dancer riding a donkey. The costume comprises a decorated donkey's head typically made from coloured paper.

The body is covered by a long satin skirt with a sisal tail, sometimes decorated with flowers. The bit, bridle, and reins are made of coloured cord.

The rider wears a large matador straw hat and performs a dance that mimics that of a donkey. Sometimes, the Burrokeet performer will stage a dance called Burriquite, which originated in Venezuela. 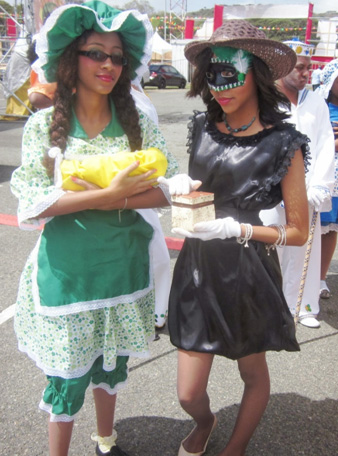 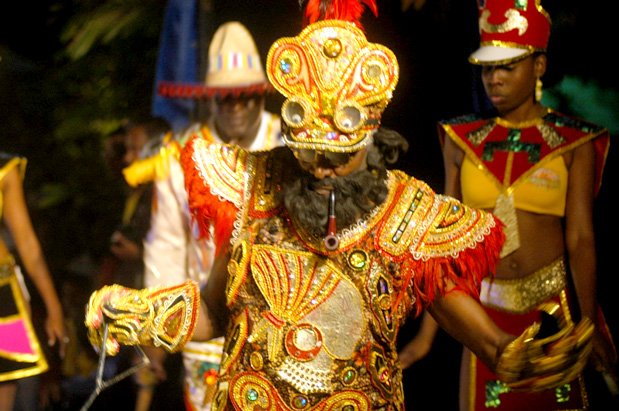 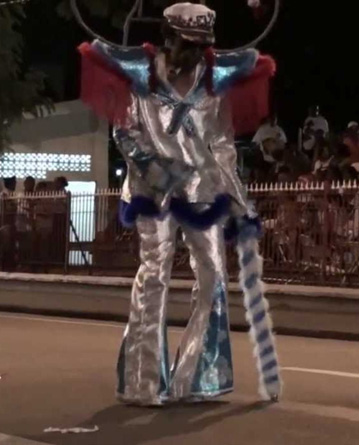