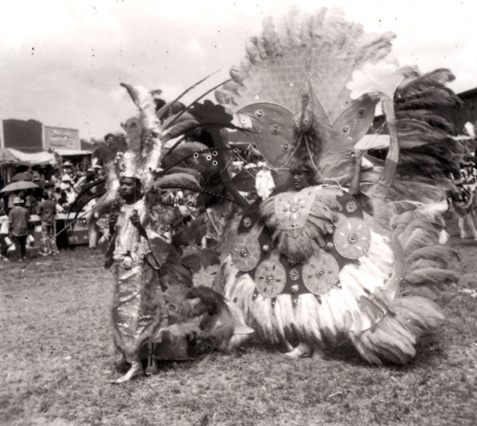 A staple from the Golden Age of Carnival of the middle 20th Century, African Mas, like its forbears, drew its inspiration from actual history for its presentation. While traditional African masquerade used rags and spears to illustrate and perpetuate the notion of an uncivilised Africa, George Bailey revolutionised the presentation with his groundbreaking “Back to Africa,” and later with his “Bright Africa,” both of which challenged prevailing stereotypes about African nations. In many respects, the presentations showed the world that elaborate, well-designed displays of African beauty and creativity could easily match those of traditional Roman and Greek-themed presentations.

Nowadays, it might be rare for many to catch a glimpse of these majestic wonders. But much like the beauty of continental Africa, it is out there in all its magnificence, if you know where to look.