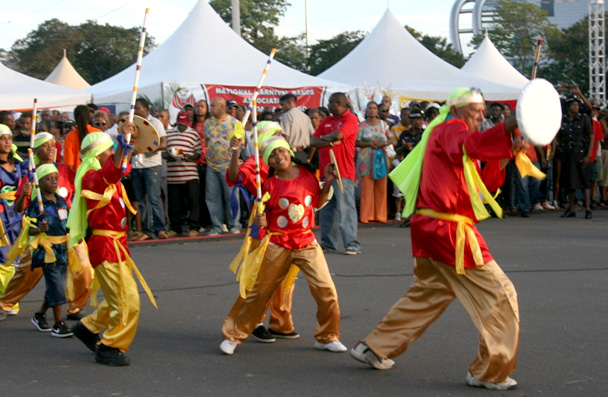 With origins dating back to Northern India (currently Pakistan), Gatka is a highly ritualised fighting dance form that is attributed to the god Shiva and his devotees. While it has passed through generations as a regional system of fighting, in actuality, the art is not unique to any particular ethno-cultural group or religion, but has been the traditional form of combat throughout north India and Pakistan for centuries.

Gatka can be practiced either as a sport (khel) or ritual (rasmi). The sport form is played by two opponents wielding wooden staves called gatka. These sticks may be paired with a shield. Points are scored for making contact with the stick. The other weapons are not used for sparring, but their techniques are taught through forms training.

The ritual form is purely for demonstration and is performed to music during occasions such as weddings, or as part of a theatrical performance like the chhau dance. A practitioner of gatka is called agatkabaj while a teacher is addressed as Guru or Gurudev.